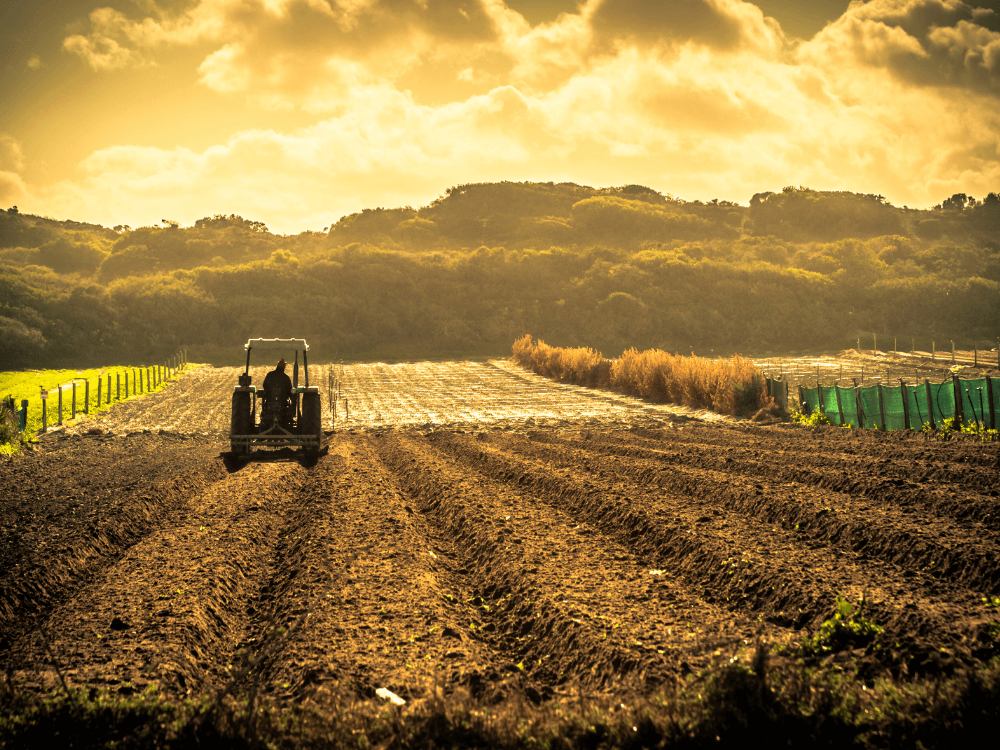 Major news coming out of the talks is the launch of a new food waste pledge – and agreement around a new fund geared toward climate justice.

Last week, as world leaders concluded a fortnight of COP27 proceedings in Sharm El-Sheikh, Egypt, we reached a global population of eight billion people. With this milestone – amidst persistent drought in the American West and Horn of Africa, devastating floods in Nigeria and Pakistan, supply chain disruptions from the conflict in Ukraine, and more – a key question COP participants grappled with was how to feed a growing population in the face of rising climate challenges.

It’s not a new question. Scientists and economists have argued for decades about how to allocate resources, how to build efficiency and resilience, and how to promote technology and social investment. And although 828 million people worldwide suffer from food insecurity, we know it’s not simply a matter of insufficient production .

It’s also not news that climate change is not only exacerbated by unsustainable agricultural practices, but itself threatens our ability to continue farming, fishing, and distributing food in the ways and the places we’ve traditionally done so. What is new is that even wealthy nations who have long thought of climate impacts as something in the distant future are now experiencing what it’s like to be on the front lines of drought, flooding, sea level rise, and extreme heat, which contribute to the compounding threats of inflation and geopolitical instability.

Perhaps sensing that leading economies were more receptive, or perhaps inflamed by the ever-increasing urgency of their climate realities, developing nations were emboldened this year in their calls for loss and damages – the idea that they are owed compensation for impacts wrought by the carbon-intensive development that has powered the Global North. Not only did these countries play no part in bringing on the challenges, they are both the first to experience and the least equipped and resourced to withstand and recover from them. Climate justice, particularly amplified by youth activists, was therefore a central focus at this year’s conference, and the proceedings culminated on Sunday with a surprising and exciting agreement to finally create a loss and damage fund.

Both participants and observers note that the deal sacrificed progress on enforcing emissions reductions needed to avoid 1.5°C warming. It uses weakened language, for example around the phasedown of fossil fuel consumption, and does not keep up pressure on countries to report and ramp up the ambition of their nationally determined contributions (NDCs). UN Secretary-General António Guterres acknowledged the successes and failures of the talks: “Clearly this will not be enough, [but]...this COP has taken an important step towards justice. But let's be clear. Our planet is still in the emergency room.”

So far, framing the climate challenge as a math problem of how technology can scale to keep CO 2 concentrations under the level that will bring us to 1.5°C warming has not worked. And while we cannot accept defeat against the 1.5°C goal, we equally cannot continue to set targets that may not be met without preparing for the inevitable shifts that have already been set in motion by current warming.

Cue this year’s COP focus on agriculture and food systems . Historically, climate proceedings have centered around energy use and phasing down fossil fuels, with NDCs targeting reduced emissions from coal, oil and gas, and industry. However, the food system accounts for approximately one third of annual greenhouse emissions, and growing recognition of this has brought food closer to center stage. This year in Egypt, there was an entire negotiation day dedicated to agriculture, and at least four Pavilions with an explicit focus on food systems ( The Food and Agriculture Pavilion , the Food Systems Pavilion , the Food4Climate Pavilion , and the WWF Pavilion ).

Presentations at these pavilions largely revolved around climate-smart agriculture and the financing required to scale up existing programs. Addressing the funding gap is essential, as a report published last month by the Global Alliance for the Future of Food found that despite the outsize contribution of food systems to global emissions, just 3% of climate finance is directed toward the space. Accordingly, the Egyptian presidency announced the new initiative Food and Agriculture for Sustainable Transformation (FAST) to advance funding for transforming food systems by 2030.

Circling back to themes of climate equity and the imperative to support a just transition for disadvantaged communities, a key message repeated was the importance of involving and lifting up small-scale farmers in developing countries. It has been a struggle to prove to global leaders that the challenges often presented in opposition – reducing emissions while maintaining food supplies – are actually two sides of the same coin. Speakers advocated for empowering the individuals at the two ends of the food value chain – farmers as providers and stewards and “ eaters as changemakers .”

Paul Polman, former CEO of Unilever and co-author of Net Positive , was interviewed at COP on the Outrage and Optimism podcast’s latest “Future of Food” episode and succinctly summarized food as a priority area: “It puts people back on the agenda, it's square in the middle of climate change, and it's creating this sustainable, resilient future that we all aspire to.”

Honing in on food loss and waste, major news coming out of the talks is the launch of the “123 Pledge,” an initiative intended to accelerate progress towards Sustainable Development goal 12.3 – halving global food loss and waste by 2030. The pledge ups the ante of commitments by requiring them to be measurable, timebound, and explicitly include a focus on climate; groups taking the pledge will also be held accountable with annual reporting to Champions 12.3 or the Food Is Never Waste Coalition . The effort is supported by WRI, WWF, and WRAP, and has already gained commitments from leaders in FLW action including the Netherlands, Costa Rican FLW Network, Rabobank, Too Good to Go, and Leanpath – setting a strong example that will hopefully shift the overall food system towards the significant progress we so urgently need.

Addressing climate change is no longer a question of which solutions are most promising and cost effective. The time to act on a meaningful scale is past due, which means we now need to pursue multiple – perhaps all – feasible pathways to emissions reductions, while building community resilience to the changes that are already underway. Adaptation as well as mitigation. Concurrent, coordinated response is the only way we will achieve our goals, and it’s critical that leaders and investors consider not whether each solution is worth their time or resources, but rather which solutions are best suited to their context – because not pursuing them is not an option.

The good news is that food systems solutions, and particularly food waste solutions , are ready to scale, right now. What remains to be seen is whether participants and followers of the COP consider the meeting itself, with commitments, declarations, and pleas, to be sufficient progress for one year, or whether it will truly catalyze action over the next 12 months, making Sharm El-Sheikh truly the “Implementation COP.”

ReFED is a national nonprofit working to end food loss and waste across the food system by advancing data-driven solutions to the problem. ReFED leverages data and insights to highlight supply chain inefficiencies and economic opportunities; mobilizes and connects people to take targeted action; and catalyzes capital to spur innovation and scale high-impact initiatives. ReFED’s goal is a sustainable, resilient, and inclusive food system that optimizes environmental resources, minimizes climate impacts, and makes the best use of the food we grow.

Find more news and updates from the ReFED blog , including our press articles and newsletters .

View More in the Newsroom

Stay on top of what’s happening in the fight against food waste – plus be the first to find out about ReFED news, events, funding opportunities, and more!

The Latest Food Waste News – Straight to Your Inbox

Stay on top of what’s happening in the fight against food waste – plus be the first to find out about ReFED news, events, funding opportunities, and more.